How the Mobile Phone Changed our Lives 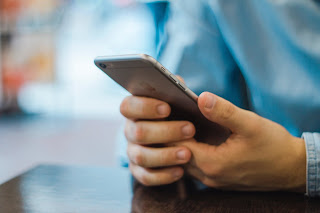 Photo by Adrianna Calvo from Pexels

A few years ago, communication was more tied to the conventional, where you would send a letter, a fax or even spend time at the booth waiting for that prearranged call. You will agree that it was such a difficult thing to communicate and the speed with which the messages were relayed was slow. The advent of mobile technology saw a revolution in communication and today, millions of messages are flying in the air courtesy of the mobile.

The mobile phone has evolved to what it is today; twenty-five years ago, the mobile was rather a big gadget, which resembled the walk-talkie and would be used to answer calls. One would stick to a reliable source of power because we did not have batteries that would last for long. Today, these devices come in different sizes, features and the battery life can go up to even a week for some.

Communication can be done through voice calls, texting or even through the social media platforms like Twitter, Facebook and such. Wherever you are and at whatever time, day or night, you can communicate with your intended party and this has made it more comfortable.

This can be regarded as the essential mobile innovation of our time that has seen a change of lives. Unlike in the past, today you can send money anywhere within minutes; wherever you are, there is an agency that can help you load your mobile with money or receive it. The economies of most of the countries have improved especially the sub-Saharan Africa where the poverty level has been high since time immemorial. Money can change hands in minutes, and this has developed the level of trade and thus revenues. Mobile money has created millions of jobs both directly and indirectly since its innovation some 14 years ago. The unbanked population increased tremendously to above 60% of the world population in the last five years alone, and the number is going up by the day.

It is evident that the mobile has borne fruits that cannot be underrated and continues to affect millions of lives through ease of communication positively. Despite such, it comes with its challenges, which are on the increase.

Crime has become more sophisticated with the mobile technology. The perpetrators can easily scheme, commit a crime in minutes, and disappear. Again, cybercrime has gone to the increase where fraudulent transactions have increased a hundredfold. Every other day, you hear of millions of money that have been lost through fraudulent transactions.  There have been cases of other forms of crime abetted through the mobile including suicide. You can learn more of this on Internationalbrief.com.

Much can be said about the mobile innovation, but the fact is that every minute, there is a new creation, coming through the mobile. We can only embrace it; economies that are running fast in inculcating this technology realize the fastest growth. It is an ever-growing technology, and no one knows what it will bring tomorrow.

I enjoyed over read your blog post. Your blog have nice information, I got good ideas from this amazing blog. I am always searching like this type blog post. I hope I will see again..

Having a good username on TikTok is so important. Because if it will attractive and catchy then it helps to gain follower. Because when someone like your video then he tells to his friends and others about you and suggest them to follow you and if your username is simple and awesome then It's a big advantage for you. So you can find many Funny TikTok Username here.

Roblox is a big multiplayer online game creation system. Where an user can create his own game and play it. You can create many types of games in Roblox. Roblox has 100 million monthly active users in all over the world. If you also a user of Roblox then you will definitely like these Roblox memes.

Good work keep it up..
Thank you for this info

wow thank you for this!!!best blogs

excellent article. Keep writing such kind of information on your blog.
I'm really impressed by your blog.
Hello there, You have done an incredible job. I’ll certainly Digg it and personally suggest to my friends.
I am confident they will be benefited from this website.
Best Offset Smokers for the money

I really like what you guys are up too. This sort
of clever work and exposure! Keep up the amazing works guys I’ve included you guys to my personal blogroll.
Best Quotes For Entrepreneurship

Very interesting,good job and thanks for sharing such a good blog.your article is so convincing that I never stop myself to say something about it.You’re doing a great job.Keep it up
I Thought About This keep posting such useful information. I Am Also A Blogger At This Site

I Really Enjoyed reading the article above, really explains everything in detail,the article is very interesting and effective. Thank you and good luck for the upcoming articles. Why Not Try This Out I Am Damn Sure You Will Really Love This Aricle.

Hey, Its Amazing Blog Post And I Found This Very Useful. Thanks For sharing With Us. And Of course Keep Posting Bro. My Response

I really loved reading your blog. I also found your posts very interesting. In fact after reading, I had to go show it to my friend and he ejoyed it as well! View Publisher Site