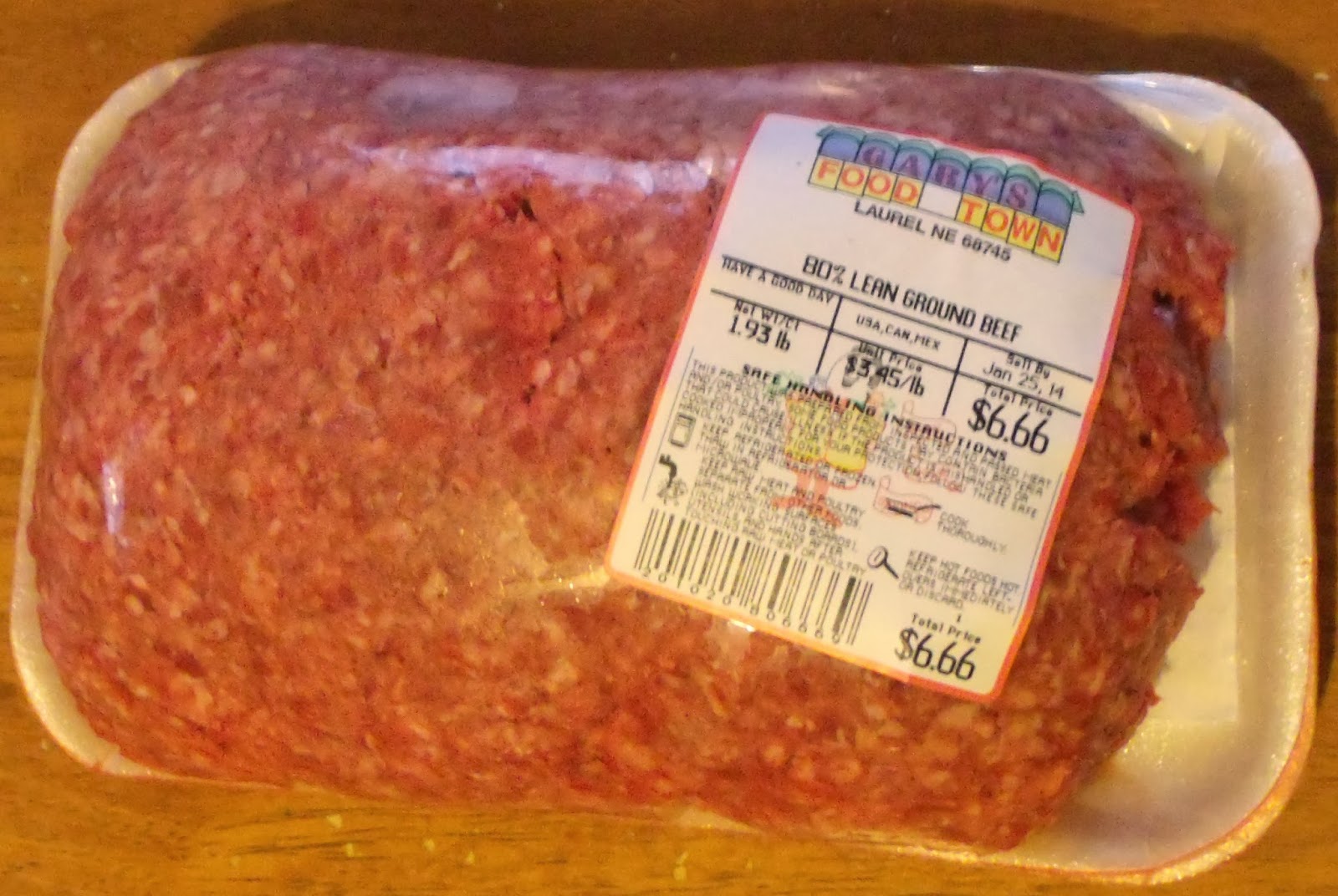 This is my Wordless Wednesday post-  I think it is self explanatory, BUT ...

I recently went to the grocery store and grabbed a few items to tide us over-  just in case the mercury dropped and the weather turned brutal.  I was in a hurry and grabbed essentials as I raced up and down the aisles.  I wasn't paying too much attention, but I noticed something strange when I went to make dinner.  I don't know if I would have bought this package of hamburger if I would have read the price tag ...

Do you see it?

Are you leery of those numbers?  Are you superstitious?  Would you have bought it?
Posted by Plain Graces at 7:56 AM 6 comments: 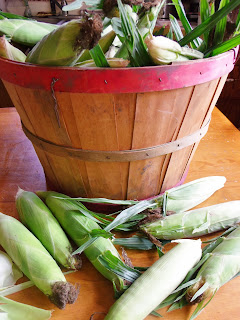 Every July is met with anticipation of picking the "first" sweet corn and savoring the crisp kernels buttered and salted.  It is seriously a topic of conversation among tables and cafes around this area.

The first batch or two is a delight to husk and cook.  People boil the ears or grill them over coals.  Honestly, I can go on an on about ways to serve this grain up.  I would start to sound like Bubba from the movie Forrest Gump-  although, I would be talking about corn.  On a good year, sweet corn is plentiful and delectable.

Somehow, after the first few meals or ten, we decide it is time to start "putting it up" for the winter.

That begins the cruel process of picking, husking, boiling, scraping, bagging, and freezing the yellow harvest.

We battle mosquitoes, mud, and the humid 100 degree temps to twist ear after ear off the stalks.  We have a narrow window of opportunity to get the corn when it is just right.  You need to wait until the silks have turned brown and the kernels are filled out-  but you need to harvest before the corn dents and begins to dry.  There is nothing worse than tough corn.

This summer a friend was gracious and allowed us to glean her sweet corn patch.  I lost count of how many bags or boxes of corn we picked.  It was a beautiful patch, loaded with sweet bi-color corn.  Many Nebraskans dream about a bumper crop like this!

After I lugged home our bounty, the realization of "putting up" all this corn sunk in.

I tackled it head on.  I assigned the boys the wonderful task of shucking the ears while I blanched ear after ear.  Then I scraped all the kernels off each cob.  I burned my fingers and heated the house to an unbearable temperature, BUT it was all worth the effort.  Nothing beats frozen sweet corn during a January blizzard or "polar vortex". 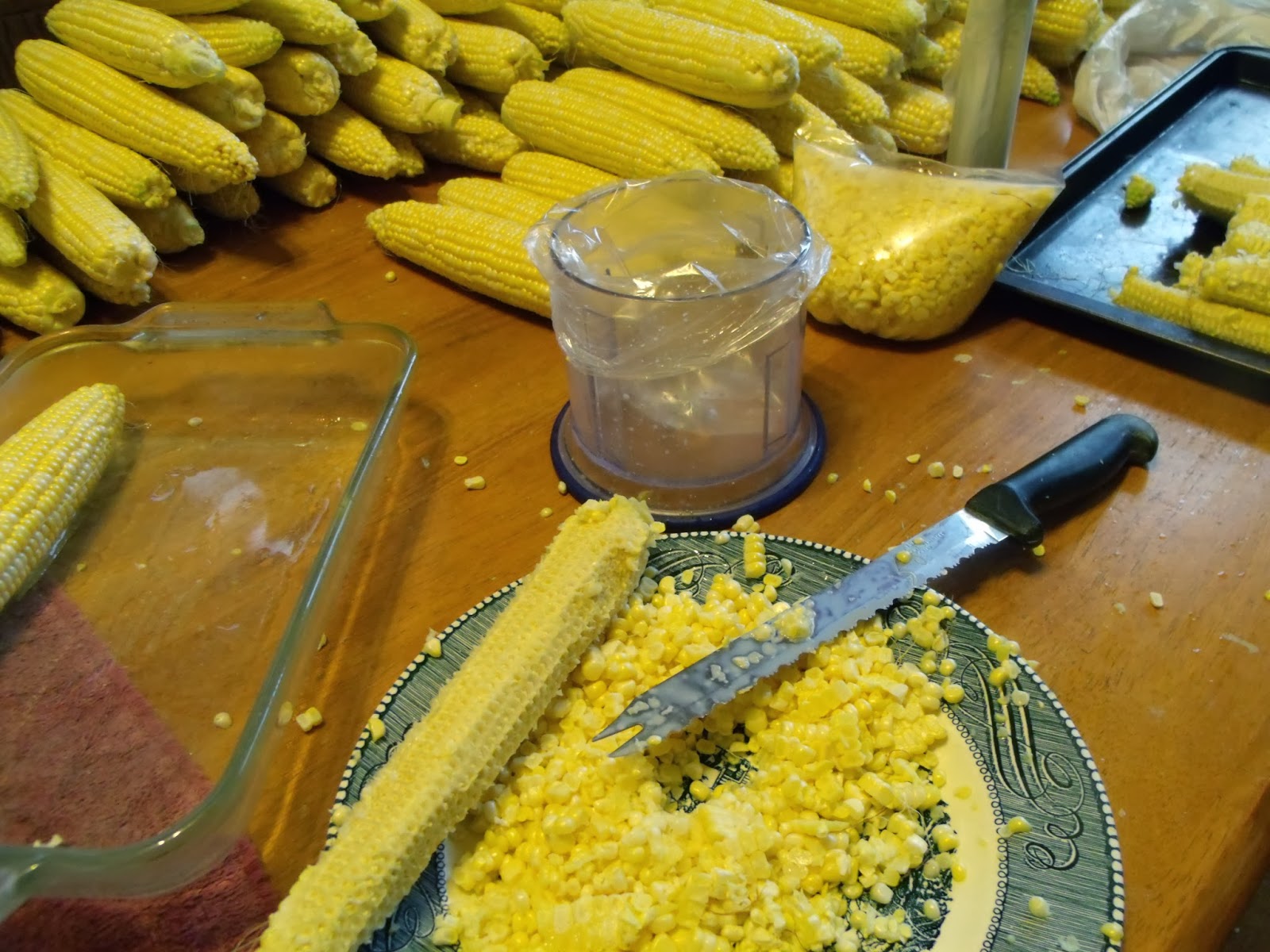 Tonight we dined on the glorious summer treat.  Here is a new method the older Sisters down the road told me about.  I tried their ideas out this summer when my fingers were rigid from cutting kernels and my back hurt from standing.  I was about to throw in the towel, but I thought it would be worth a try.

Here is how I froze "corn on the cob" the Sister's style: 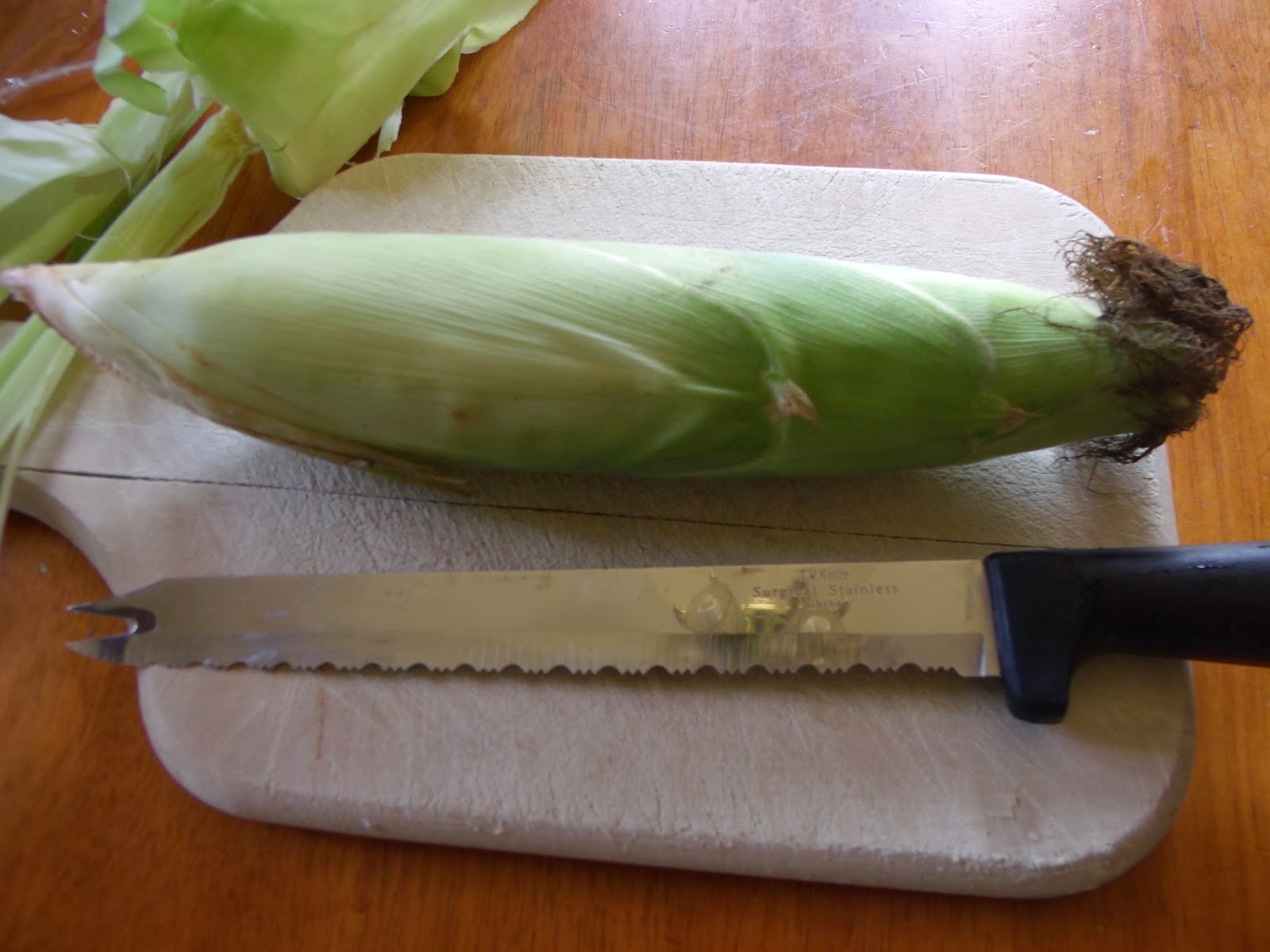 Take your ears of corn and husk all the layers, except one! 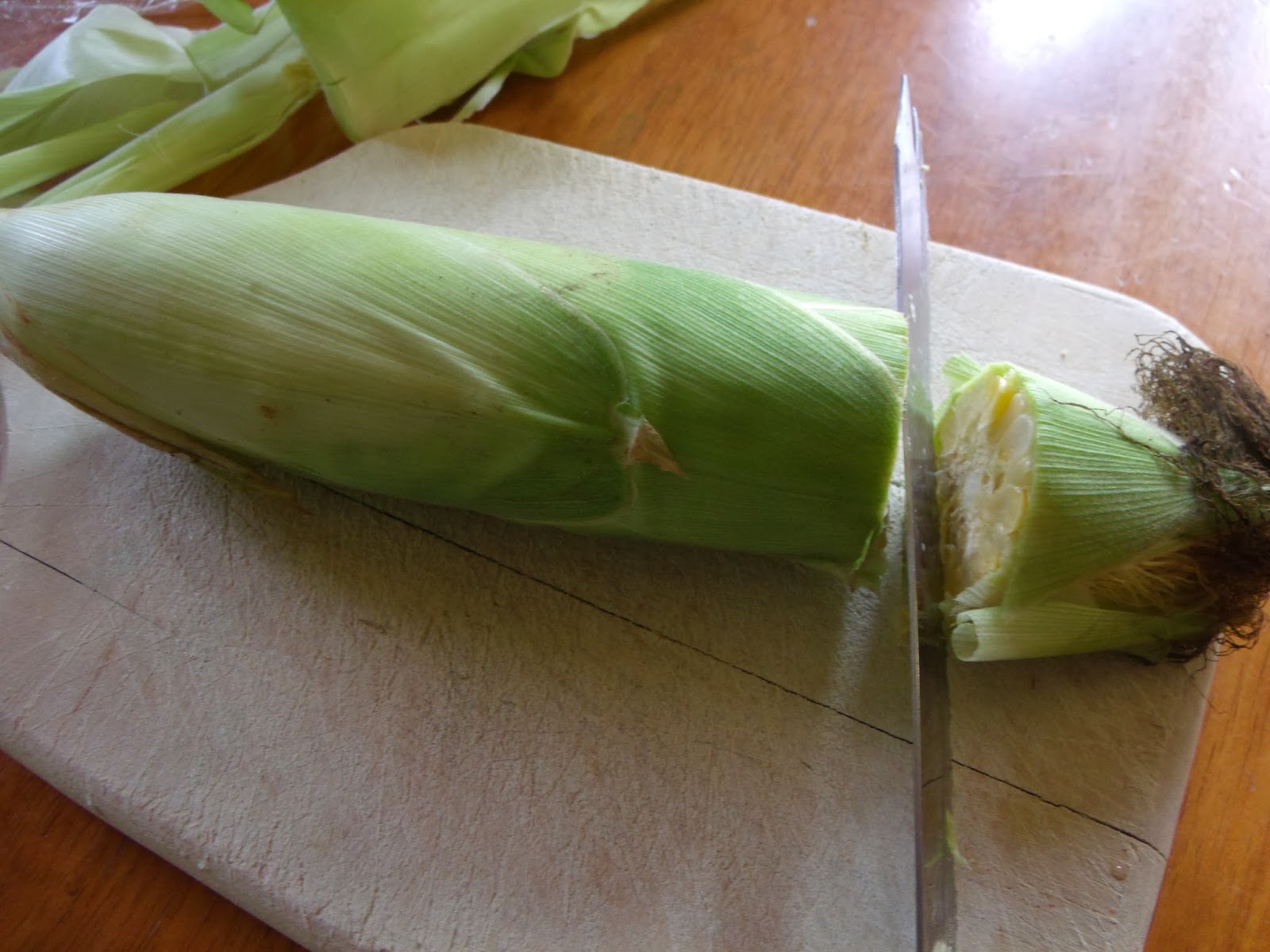 With a sharp knife cut the ends of each ear off. 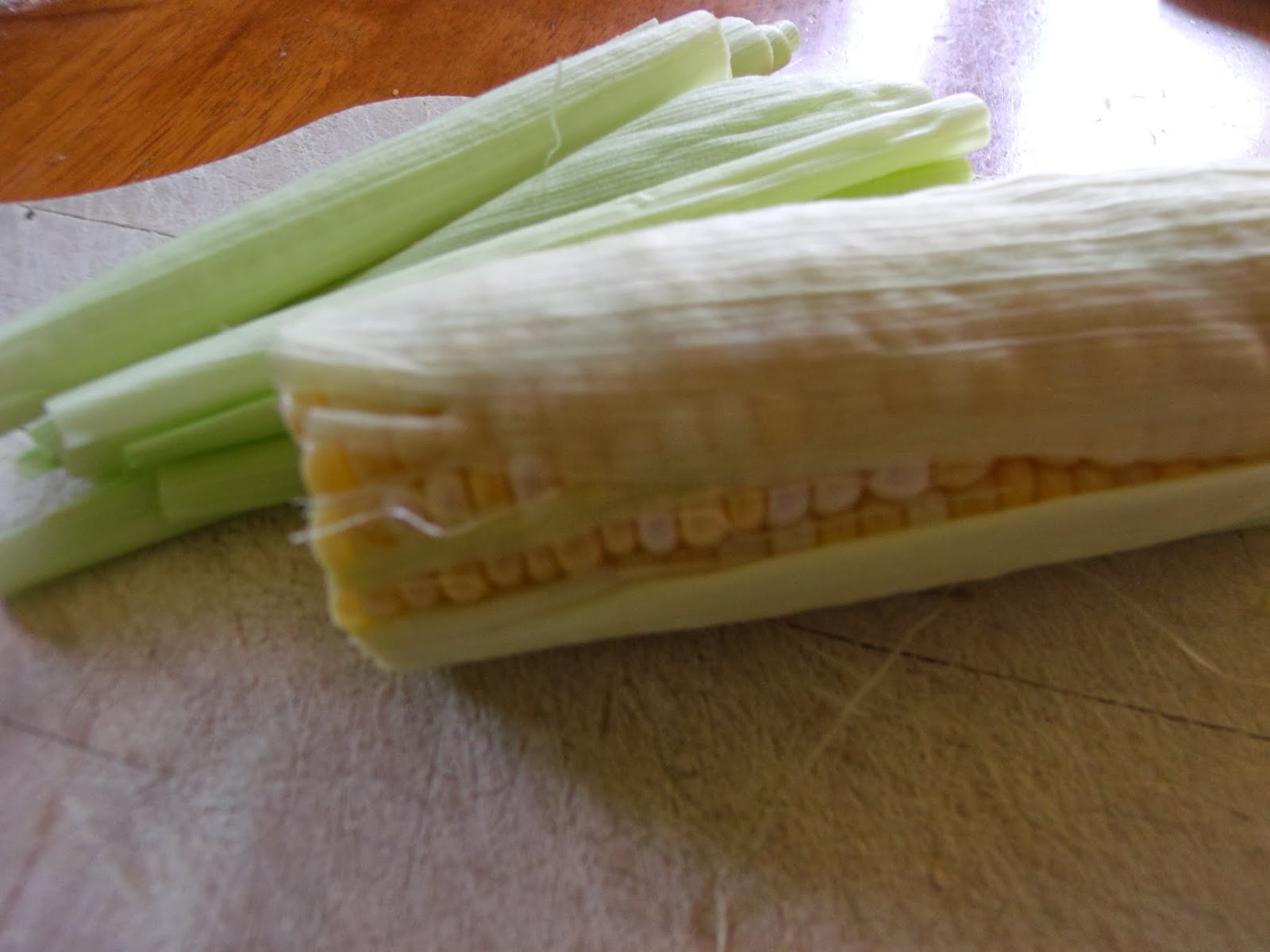 Wrap individually in plastic wrap.  I deviated here and placed them in freezer bags in batches that would feed my family. 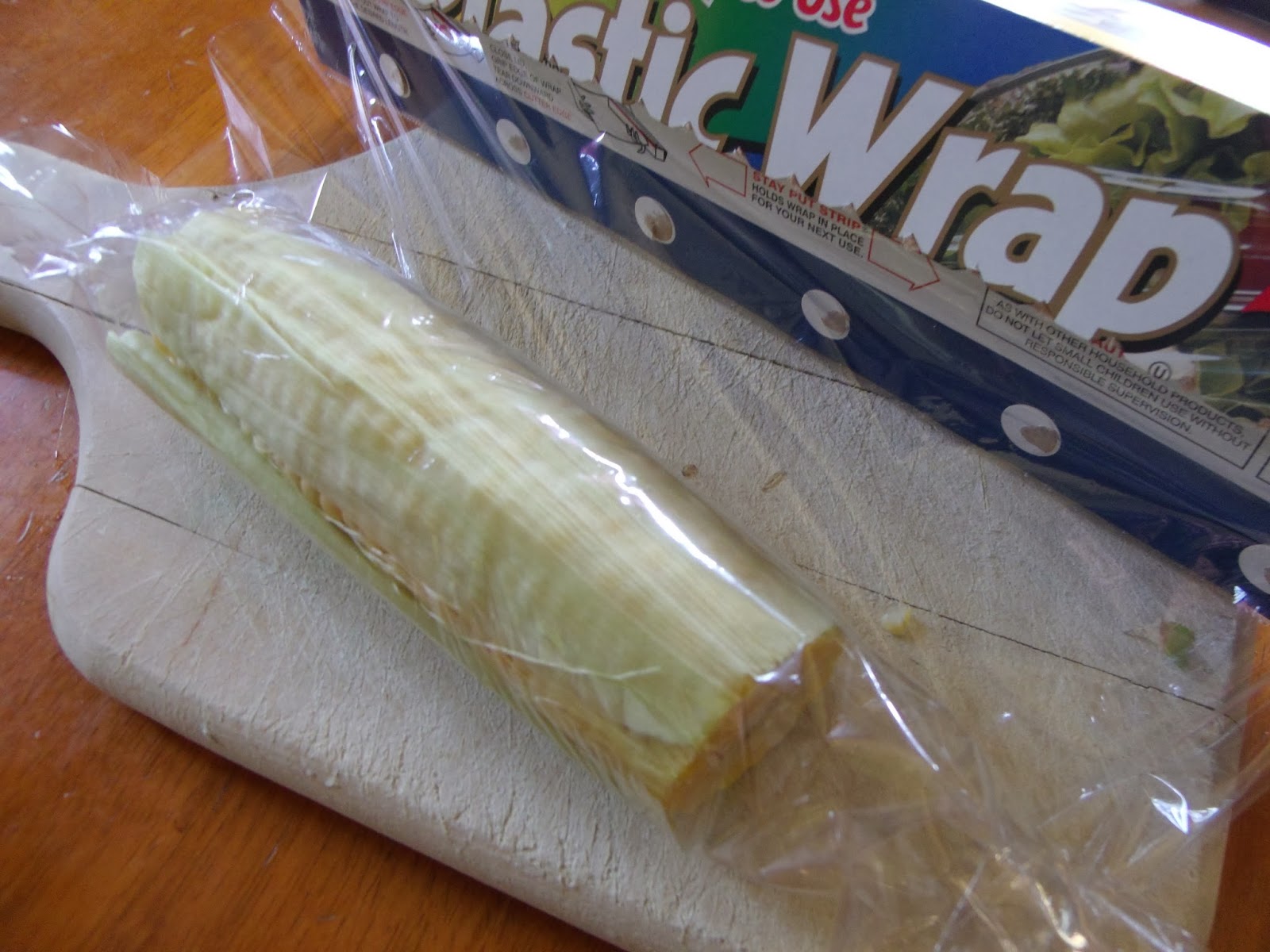 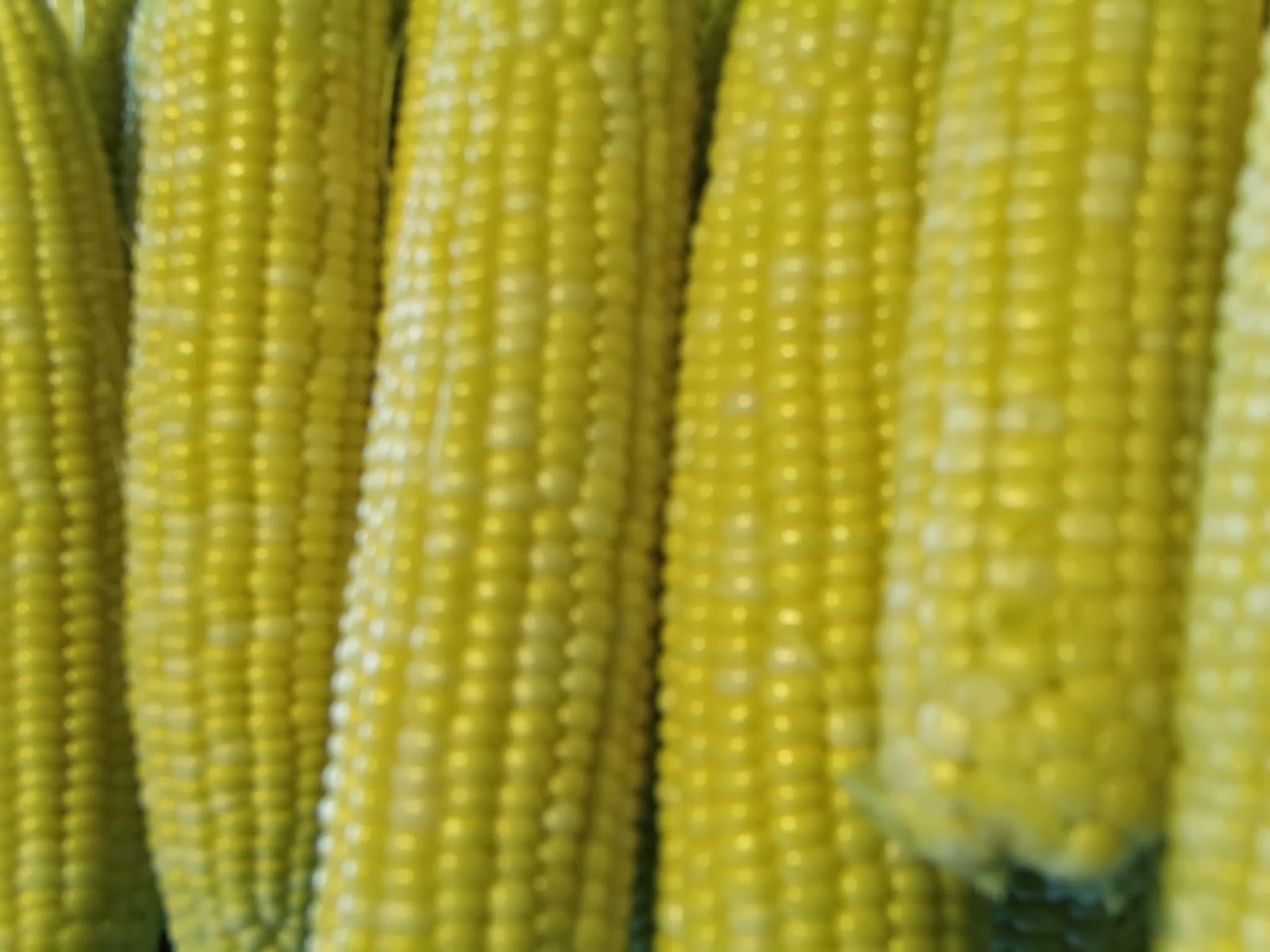 When you are ready to cook them, bring a pot of water to a full boil.

Pull the husks off the corn and twist your hands around them under running water for a bit to loosen the silks.

IMMEDIATELY, place them in the boiling water and let cook to your taste preference.  I cooked ours for about 20-30 minutes, but I was also waiting for the oldest to get home from practice.

Butter and salt!!  Your ears might not be as crisp as fresh corn on the cob, but it is still a treat in the middle of January when the temperature is 20 below zero.


Do you have a fun way to freeze sweet corn?

9 Ways to Stretch Your Propane 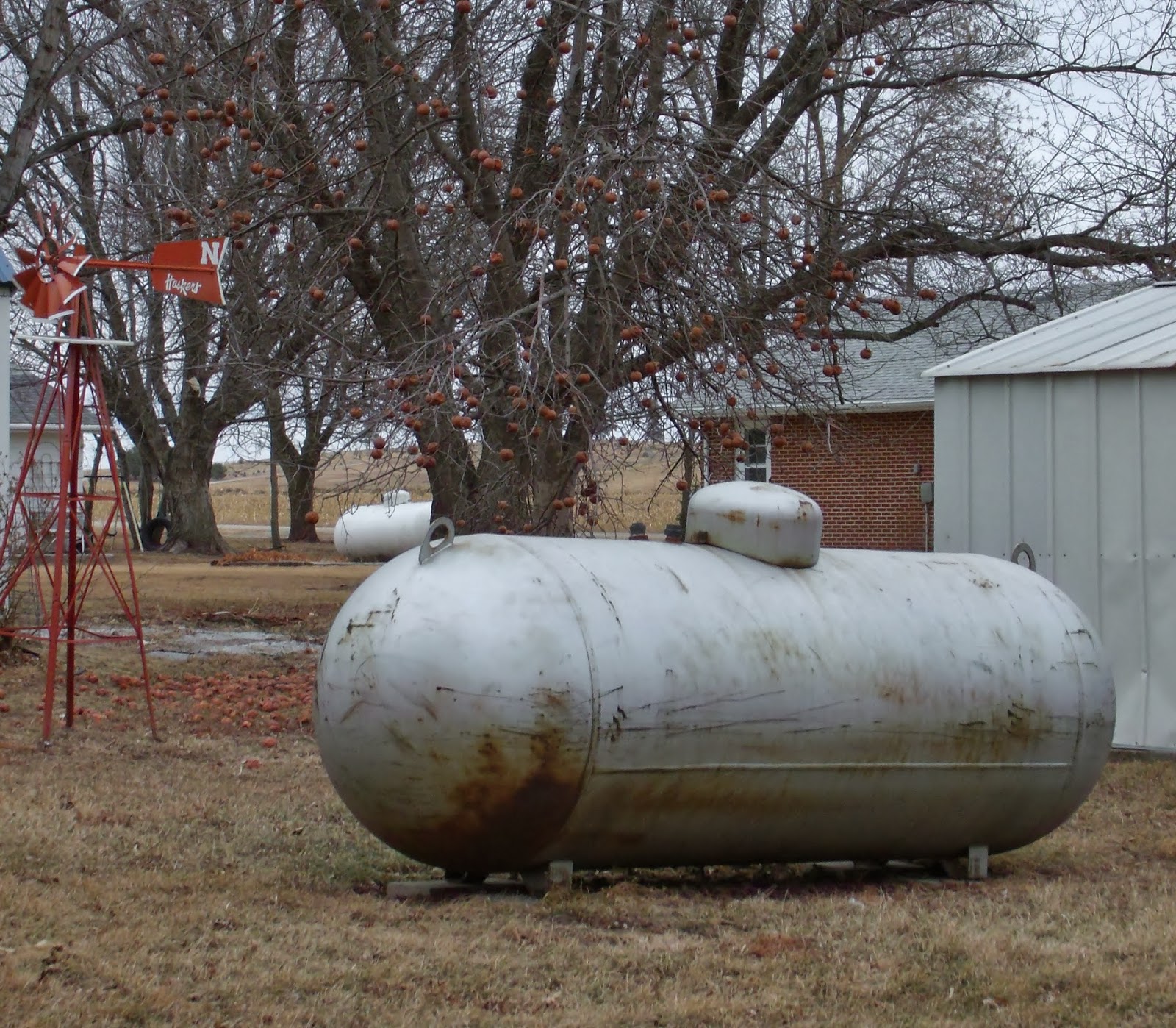 Have you heard the news about the propane shortage?  Here in Nebraska, we have cold winters and in our little slice of the "Good Life" we rely heavily on propane for heating our homes.

We live in a very small town with no natural gas company-  that leaves my neighbors and family to rely on electricity, wood or corn burners, or propane to heat their homes.  You can imagine the panic yesterday when I heard that propane had jumped to over $5 a gallon!

That is almost triple of what we paid in the Fall.  TRIPLE!

I immediately ran outside to check the levels of our propane tank.  Then I was faced with a decision-  do I call and get a minimum fill (100 gallons and $5.05) or do I wait and see what happens.  I decided to hold off, praying that the propane shortage will ease in a few weeks.

I know that there has been an increase in the demand-  even this fall propane was in short supply due to the farmers drying corn.  I am hoping that this is a short lived event and the price is being driven higher by people panicking.  As I am writing this, believe me, I am crossing my fingers for luck.

I know that many people cannot afford an extra $800-$1,000 heating bill this month or for the unforeseen future.  So here are a few ideas to implement and try to help stretch the remaining propane in your tank: 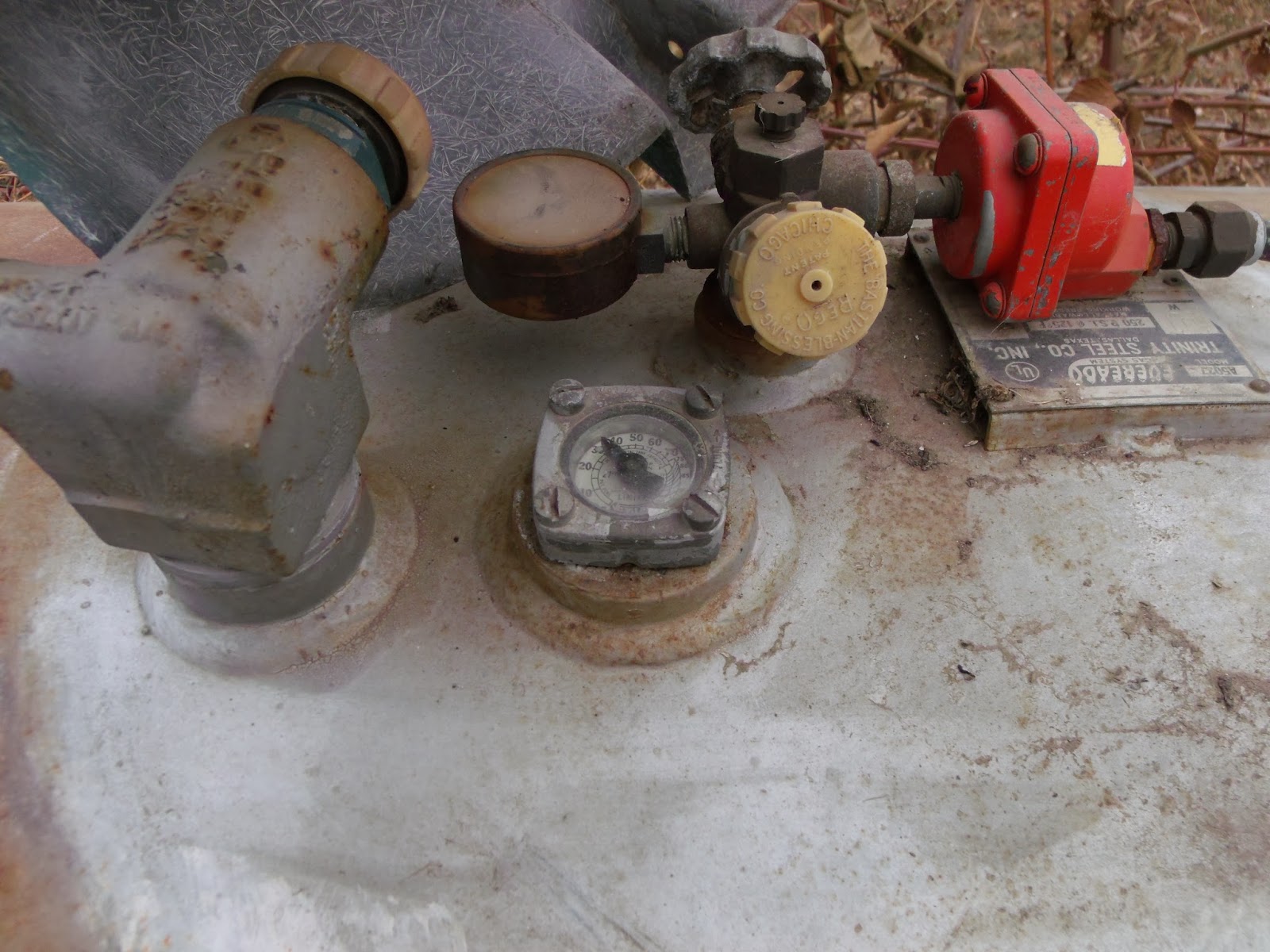 Do you have any tips or ideas?  Please comment and share them-  I know we can all use a little help this winter to stretch our propane.

Email ThisBlogThis!Share to TwitterShare to FacebookShare to Pinterest
Labels: propane shortage, ways to save propane 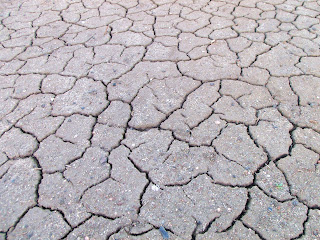 I finally am back at it!

Yes, your eyes are not deceiving you.  I have a new post!  The blog has been suffering a drought of posts for the past few months.

Have no fear-  I have a new computer at my fingertips and a renewed energy for blogging and writing again.  It took a fried laptop and a few months of limited Internet access to get my creative juices flowing again.  I am hoping that my husband will be able to salvage all my stock photos and manuscripts from my old computer, but it's a new year and that means it's a perfect time to renew my passions.

PLEASE comment and let me know what direction you think we should take the blog in the next few months.  We are open to anything and look forward to sharing more creative posts.  Your input would be greatly appreciated!

Let's end this creative drought with a down pouring of new ideas!