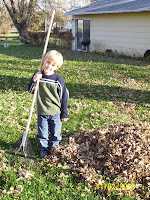 I decided to go with a guest post today.  He doesn't know I am posting this and he probably would slam his door and stomp his feet if he knew.  I found his writing when I was going through his school papers.  He wrote this little missive in between assignments when he was bored.  It scares me a bit, because I can totally see him acting out his story.

I think I am seeing a connection between the toaster and a ceiling fan incident years ago.

So, with out further delay-  Here's my second grade son's story about the toaster.


The Toaster
One summer day Bob and Mom were in their house eating toast.  Bob thought about what else you could put in a toaster beside bread.  You can put waffles, poptarts, and bagles.  He looked at the plastic bread from his play kitchen and thought what about plastic bread?
He took a piece and put it in the toaster.  The toaster began to smoke and then it broke and made a loud BAM!
Mom rushed in the room.  Mom yelled at Bob!
"Bob, only food goes in the toaster."  Mom sighed and said, "Let's go buy a new toaster."
"Come Bob," said Mom, "Get in the van."
Bob got his coat and got in the van.
Bob loves shopping.
I didn't edit this.  It's truly his story and I doubt the teacher read this.  It brings back memories of a ceiling fan...This post is from the very beginning of my blog!
http://www.plaingraces.com/2009/06/ceiling-fans.html
I hope everyone is enjoying their summer breaks.  I am sure ours will be unforgettable...﻿
Posted by Plain Graces at 6:37 AM

haha, so cute!! I love reading the writings that my daughter puts together!

Children come up with some of the greatest things. I find this amusing, because it is exactly the way he thinks. I am lucky he wrote it instead of trying it. I should be thankful for all the hours of Myth Busters they watch. He might have learned a lesson or two...

This is too cute.Brings back memories for me too.My son was about three years old when he fed the VCR a jumbo yellow crayon!His response was "It gobbled it up Mom. He was a very impatient boy when it came to his favorite movies (Barney)My son is 21 now and I can't wait to have grand babies.lol,Love your story!

I love what little boys do! I bet your son loves to hear you tell the story about his "Barney" days. Gotta love Barney!