Wednesday nights at our house include church activities so my DVR is busy on these nights.  I was thinking about the new episodes of Ghost Hunters I have been collecting, but haven't had the time to watch.  I love a good ghost story, and it isn't because of the ghosts.  I love the history and people they involve.  You can learn a lot about a time period, place, or behaviors by hearing people retell events or legends. 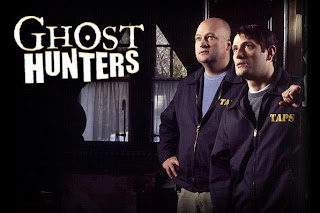 History is pretty boring for most people, but if you throw in a good ghost story you will have a very receptive audience.  I tapped into the theory this past summer.  David and I loaded up our sons and packed a lunch.  We were going to drive around the Missouri river and explore the area.  We have lived in Northeast Nebraska for over 13 years now and haven't ventured past Ponca.

I managed to talk my husband into locating a place in Cedar County where a family of 5 children were massacred by Native Americans on July 24, 1863.  There is a monument erected to the memory of the Wiseman children and a small log cabin replica for people to visit.  It was a grisly event and my husband didn't think we should stop and show the boys where 5 people were murdered.  I thought it was educational and important for the boys to see that history is in our own backyard, not just in a text book.  I won the argument, only because we were lost and just happened upon the spot.

I am a born and raised Nebraskan, but it would surprise people to know that Nebraska is not really flat.  At least, not all of Nebraska.  Near the river you are driving narrow dirt roads that twist and turn up and down steep hills.  You are surrounded by trees and vegetation which are a far cry from miles of fields or the stubbly Sandhills were I grew up.  It's a beautiful area.  We were lost and just taking in the beauty when we stumbled upon the marker.  It was providence. 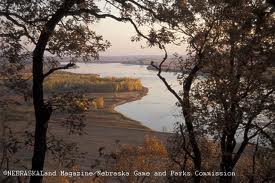 In 1863 our nation had a lot on its plate.  The Civil War was raging in the East and "Indian" wars were heating up in the West.  A small family settling close to the Missouri river got caught in the middle with devastating consequences.  Henson and Phoebe Wiseman would lose their 5 children.  Arthur (16), Hannah (14), Andrew (9), William "Henry" (8), and Loren (4) had been left alone that fateful day.  Their father had been called to Fort Berthold to assist General Sully with the "Indian Wars" and their mother went to Yankton, South Dakota to gather provisions.  The mother discovered the children when she returned home.  I won't go into the details, because they are very graphic and disturbing.

Here is where people turned this event into a "ghost story".  Apparently, the people who tracked the Indians had come to the conclusion that there were 4 of them and they hailed from the Yankton and Santee Sioux tribes.  Henson, the father, who probably already had some ill feelings toward the Native Americans vowed to kill every "Indian" he saw when he received word about his family.

With a little imagination a story could be spun.  Childish orbs of light gliding among the trees playing hide and seek while their father's ghost hunts among the trees for their assailants.  It's a very rich playground for a legend or ghost story to spring from.  While we were there, we didn't see any shadows or anything of that ilk.  No icy fingers of little children reached out to embrace our warm flesh.  Moans and groans were not heard.  Not even a lone echoing foot step.

We did see a very delightful scene.  The green grass was shielded by tall trees which allowed filtered sunlight through their canopy.  Birds chirped and butterflies flitted around.  It wasn't scary or sad, it was the exact opposite.  It was hard to imagine something so horrendous transpired in this tranquil spot.  My family didn't feel fear or dread.

It wasn't scary or didn't feel like the area was inhabited by the supernatural.  I have come to the conclusion that there are real hauntings, but they are usually within people.  Fears, hates, wants, and regrets are the real ghosts that lurk around people.  My DVR won't capture these ghosts and I would love to see TAPS attempt to debunk this theory.

I refer to the Wiseman children as Nebraska's forgotten children. Growing up, we were schooled in Nebraska history and I don't recall ever hearing about this story. We studied the "School Children's Blizzard" of 1888 and the Homestead Act, but never the Wiseman's. Maybe it's too gruesome, but we did delve into the Donner party on occasion.  I have also learned a few lessons from these grisly tales, but that is another blog entry.

What other stories are out there that we have forgotten?

I have included a "Chilling" recipe to put that shiver up your back...

In a blender, freeze your peaches (juice and all) until they are firm, but not solid.  Add sugar and additional fruit.  Blend.  You may need to a little water as you blend., but it depends on your tastes.  Enjoy!
Posted by Plain Graces at 1:45 PM

These children have not been forgotten. There is a notebook at the site that has been signed by many people from all over Nebraska who have come to see the monument.

I have been to the monument a couple of times. I will look next time we are down that way and see if I find the notebook. Thanks for the info!

IM A DISTANT RELATIVE OF THAT FAMILY

The children are buried in the Wynot cemetery. The monument is not on the site of the massacre.

By distant, Marc means he is a Great Great Great Grandchild of Henson and Phoebe.
I agree the children have not been forgotten. The notebook in one of the monuments markers.
Agree with second Anonymous,the site of the memorial is not the site of the massacre. This land was donated by the family that owns the surrounding land, back in 1926 when it was dedicated.

Thank you for leaving a comment! I grew up in the Sandhills and this part of our Nebraska history was completely new to me. It's wonderful that the family is still remembered and that so many people haven't forgotten them.