Monkees In My Head: Writing Topics 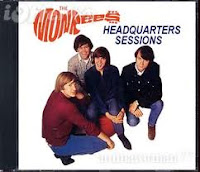 Lately, I have been thinking a lot about the Monkees. It's probably because of my last blog post on Davy Jones. I had forgotten about that part of my life and now little tidbits are surfacing. I have been watching a class led by master story teller Donald Davis from What's Your Story? He's been focusing on story telling and part of the process is looking at your past and the people or things that surrounded you.


In the third grade, I was engulfed by the sparse Monkee memorabilia I was lucky enough to find. This was before EBAY and the Antique Roadshow on PBS. People tossed a lot of their records, posters, and other knickknacks in the trash or sold them on rummage sales. I would scour the Thrift Store and my Grandmother's basement for souvenirs to add to my collection. I did get several records to pay for my hard work.


The memories that really stand out, aren't about the stuff I hoarded. They are about the people around me and their reaction to a little Monkee fan who was born a couple of decades too late. Better late than never springs to mind.


I got razzed by my classmates and cousins, but the funniest recollection I recall, which I think is full of irony, is that my third grade teacher had to limit my topics in writing assignments. I remember Miss Burns and my parents told me I couldn't write about Davy or the Monkees more than once a week!

Look at me now, I have regressed to my old ways.

I don't remember writing a lot of stories about the Monkees. I know they consumed almost every aspect of my life, so it only made sense that I would write about them too. I had Monkee shirts, albums, pins, books, and a special cassette tape my Aunt found. I would tape the television show, which was in reruns, with my tape player and listen to them afterwards. I knew all the songs and incorporated them into my baton routines and rollerskating soirees. I boycotted whiteout in protest against Mike Nesmith and took up the French horn because of Peter Tork. I learned some funny faces courtesy of Micky Dolenz. It was a very creative period in my past.


I eventually grew out of my obsession with the Monkees, but I probably only made the leap because of a small band known as New Kids On the Block. Davy was sadly replaced by Jonathan Knight. I belonged with a group now. I had a gaggle of girls swooning over the same crew I was. They had a passion that mirrored or surpassed my own.

I wrote stories with my friends about NKOTB and filled notebooks up with our silly notions and dreams. I probably struggled through 7th grade math, because my head was in the clouds hanging tough and my afternoons were spent studying dance moves or what they guys liked to eat while on tour.


I enjoy digging into my past and looking at the crazy things I did or wrote about. My teachers all deserve a big round of applause for putting up with my topics of choice. Choosing a writing topic is a little difficult, but I have plenty of practice with certain themes. Davy Jones and Jonathan Knight are very different, but I can link them together with my past. Hopefully, I will be able to find some more interesting blog topics.

What were some of your first writings about?
Posted by Plain Graces at 12:16 PM