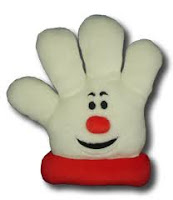 Last night I was unprepared and dropped the ball- I didn't have anything prepared or easy to fix. We had a crazy afternoon and I had to run carpool to pick up the "big" boys from track practice. I already had the kids loaded in the van, so we grabbed Dairy Queen drive-thru. I feel a bit guilty about the whole issue.


We have really been trying to cut back our expenses and eating out is probably one of the areas to cut the most. I have been limiting take out and restaurants to once a week, but sometimes it's so nice to be able to grab a sandwich with an ice cold Diet Coke and go. The boys were indulged and I got my caffeine fix for the day.

Menu planning would have really benefited me last night. I am not a hardcore planner, but I do try to figure out what we will eat during the week. There is nothing worse than making a casserole and realizing you don't have the cream of mushroom soup needed to finish it. I don't want to drive 12 miles (one way) to the store for one measly can of soup. If only I had followed all the "crazy coupon ladies" advice blogs; I would still have that $28 in my bank account.

I realized that it might be a good idea for me to have quick backups in our pantry, but I am not one for Hamburger Helper. My children even had to ask me what it was when they saw a commercial on the television. I don't like to buy prepared mixes, but it might be a money saver for those nights I have to FORCE myself into the kitchen.

I do make dishes similar to the Helper, but I know what spices and seasoning are going into them. I make a delicious cheeseburger macaroni meal that is equivalent to Hamburger Helper in cost. I can't fathom paying the same price, when I can make double the amount of food for about the same cost.

Here is my Cheeseburger Macaroni Dish;

I boil the macaroni in a large pot and in a separate skillet I brown the meat with the onions and celery. After about 10 minutes and when the macaroni is tender, I drain the noodles and grease from the meat. I combine the noodles, meat, cheese, butter, and milk and stir over low heat until the cheese is melted. I like to let this dish sit for about 10 minutes before serving.